Brought to you by Muscovitch Law P.C.
×
☰ 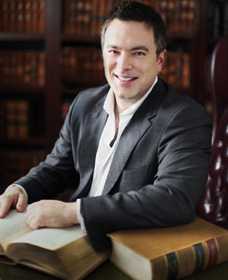 Zak was lead counsel in numerous precedent-setting court cases such as the Toronto.com case (2000), wherein he successfully defended against the first attempt in Federal Court to obtain an interlocutory injunction against a domain name registrant. Zak was defence counsel in the Sweetsuccess.com case (2001), the first decision to establish the convenient forum for international domain name disputes involving a Canadian domain name registrar. Zak was instructing counsel for the registrant of the defendant domain name in the Technodome.com case (2002), which was the first in rem decision under the United States Anti-cybersquatting Consumer Protection Act. Zak was counsel in the first Canadian court case overturning an ICANN UDRP commenced by Molson in the Canadian.biz case (2002). Zak was lead counsel in the CheapTickets.ca case (2008), wherein he defended a descriptive domain name by successfully obtaining the cancelation of a plaintiff’s trademark for “Cheap Tickets” in a proceeding which went all the way to the Federal Court of Appeal.

Looking for a Trademark Lawyer Toronto or a Trademark lawyer Vancouver? We offer trademark registration services throughout Canada to register a brand name. We work with you to trade marks register and secure your trademark business name from start to finish, including handling the trademark filing and the trademark form. We can handle all your Canadian trademark office needs.
Zak as a trademark registration lawyer and also as a domain name lawyer, has represented clients from all over the world, in countries such as China, England, Australia, the United States, Brazil, Argentina, Turkey, Poland, Belgium, South Africa, Korea, and Canada, in numerous ICANN UDRP domain name disputes beyond his work as a Toronto trademark lawyer. Among many notable decisions, Zak represented the registrant of Shoes.Biz in the first “.biz” Reverse Domain Name Hijacking case (2002). Zak represented the registrant in the first ever successful defence of a CIRA Complaint over the domain name, Cheaptickets.ca (2003) involving a Canadian trade mark. Zak represented the registrant in the first CIRA Reverse Domain Name Hijacking finding and costs order in the Forsale.ca case (2009). Zak represented the respondent in the first case of Reverse Domain Name Hijacking in an IDN (Chinese language) domain name dispute over INTERNET DOMAIN LAW (LongRiver.com), a complaint brought by Hong Kong billionaire Le Ka Shing to the ADNDRC and then at WIPO. Zak has succeeded in winning cases against some of the largest corporations in the world, including Google, three times, such as in the Groovle.com case.

In addition to Domain Name recover and domain name disputes, The Muscovitch Law Firm has represented numerous buyers and sellers of domain names and websites, with values ranging from several thousand dollars, to over ten million and also acts as a trademark infringement lawyer. The Muscovitch Law Firm represents website owners involved in many Internet related industries, such as online advertising, online marketing, ecommerce, website development, online education, online brokerages and escrow services, and online real estate services. The Muscovitch Law Firm (a lawyer trademark) has expertise in structuring transactions for online businesses involving venture capital and fundraising, crowdsourcing, joint ventures, partnerships, and for corporations large and small.
When it comes to filing trademark please contact us. We can assist you with how to file a trademark online, answer questions about filing for a trademark, including filing trademark online.